Have you ever been told you were nominated for a high position? I mean really high….? 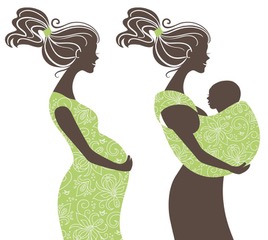 A patient told me once I should be canonized! Which for those of you unfamiliar with the Catholic faith means to be made a saint! I’m sure there are at least a few of the good nuns I had in my 12 years of Catholic school who might beg to differ. Still, there was a part of me that was tickled at the notion.

The act that brought about such praise was an Acupuncture Treatment Protocol I’d just learned, referred to as a ‘Pre-birth Treatment’. The simplicity of it is absolutely elegant! My patient reported that after treatment her labor and delivery was entirely different than her first, and she was thrilled!

Last year, I had the very good pleasure of providing the ‘Pre-birth Treatment’ to two sisters who were both due around the same time. How awesome is that? Once again the response was wonderful! Both sisters reported their labor and deliveries were much better than their first! See their testimonial on my website.

i had first read about this protocol in The Journal of Chinese Medicine. What impressed me as much as the physical dynamics was the fact that the study was done not by Acupuncturists, whose findings might have been construed as biased, but rather by a group of midwives! Each reported again and again how much more efficient labor was with women who had undergone this process.

A few years later I had the wonderful opportunity to meet with Debra Betts, an Acupuncturist, and an RN, (like myself), who specializes in women’s reproductive health, and she elaborated even more on this protocol, causing me to be even more enamored with it.

It is with great enthusiasm and excitement to offer this entire protocol at a very discounted rate now through September. It consists of four treatments, one a week, for the last four weeks of pregnancy. If you are pregnant now, or know anyone who is, please call me, or stop by our office for more information. I would be happy to discuss the acupuncture ‘Prebirth Treatment’ with you.